multifunctional materials for the future

Ternary half-Heusler phases crystallize with the cubic MgAgAs-type crystal structure. Those bearing a d-electron constituent form a very large family of materials characterized by a variety of different physical and chemical properties, useful in many applications, eg. in spintronics and in green energy harvesting. Since several years these compounds have been intensively studied in the context of plenitude of topics (thermoelectricity, magnetocaloric effect, giant magnetoresistance, shape-memory alloys, metal–insulator transition, strong electronic correlations, heavy fermions, superconductivity, half-metals, semimetals, magnetic semiconductors, solar cells, etc.) Owing to their unique multifunctionality being easily tunable by small modifications in their composition, morphology or some external factors, the half-Heusler phases are commonly called as „materials with properties on request”.

While the already accumulated knowledge on the d-electron half-Heusler phases is quite rich, very little is known yet about their rare-earths based counterparts. Pioneering publications in the latter area appeared only few years ago as a result of the experimental investigations carried out at the Institute of Low temperature and Structural Research, Polish Academy of Sciences in Wrocław in cooperation with the Max Planck Institute for Chemical Physics of Solids in Dresden. The results obtained in our joint study constitute a firm basis for the formulation of one of the two main hypotheses in the present project that reads: Rare-earth-based Heusler phases exhibit unique structural, magnetic and/or transport characteristics, highly useful for modern technical and technological applications, and these behaviors can be relatively easily tuned by means of dedicated chemical, metallurgical and/or physical treatments in order to optimize their (multi-)functional performance. Motivated by the results of our own studies as well as some literature data, the series of rare-earth (R) based Heusler phases RTX, where T is a d-electron transition metal (Ni,Pd,Pt,...), and X is a pnictogen (Sb, Bi), has been selected for comprehensive studies on their physical properties, carried out employing state-of-the-art macro- and microscopic experimental techniques and supported by advanced theoretical modelling. The envisaged outcome of the project is a substantial enhancement of the fundamental knowledge on the physical phenomena in rare-earth-based Heusler phases. In turn, results concerning optimization of multifunctional characteristics of these materials might fund a basis for further material-engineering research oriented towards their applications in modern fields of technology.

The other research hypothesis in the present project assumes that rare-earth-based half-Heusler compounds are promising candidates for topological insulators/semimetals, in which various unconventional physical phenomena, like topological superconductivity, topological antiferromagnetism, spin-wave excitations topologically coupled with electromagnetic field, etc., can be experimentally observed. All those rare features may emerge in RTX phases because of strong spin-orbit interactions of the Rashba-type, which occurs in crystalline systems lacking an inversion symmetry. Nontrivial topological nature of selected RTX compounds has been theoretically predicted by means of electronic band structure calculations, and in recent months confirmed experimentally by leading laboratories in the world. Most importantly, our own feasibility studies, performed on high-quality single crystals of a few RPdBi phases, have indicated the formation of topological states of superconducting or magnetic character. Hence, the main focus in the project will be put first on the emergence of superconductivity and/or magnetism in other RTX ternaries, currently considered as putative topological insulators. Unique attractiveness of the envisaged work comes from the expectation to spot novel many-body phenomena governed by interplay of several order parameters in topologically nontrivial materials. Because of pioneering character of this field, the actual activities will be dynamically adjusted to our own progress and every new scientific data reported by other research groups. The central scientific objective will be profound characterization and understanding novel functionalities of half-Heusler compounds, which have already been recognized in the literature as strategic materials in technological revolution not only in quantum computing, spintronics and magnetoelectronics, but also in the field of renewable energy sources.

The difference between full-Heusler (FH) and half-Heusler (HH) crystal structure.

purchased from the project funds 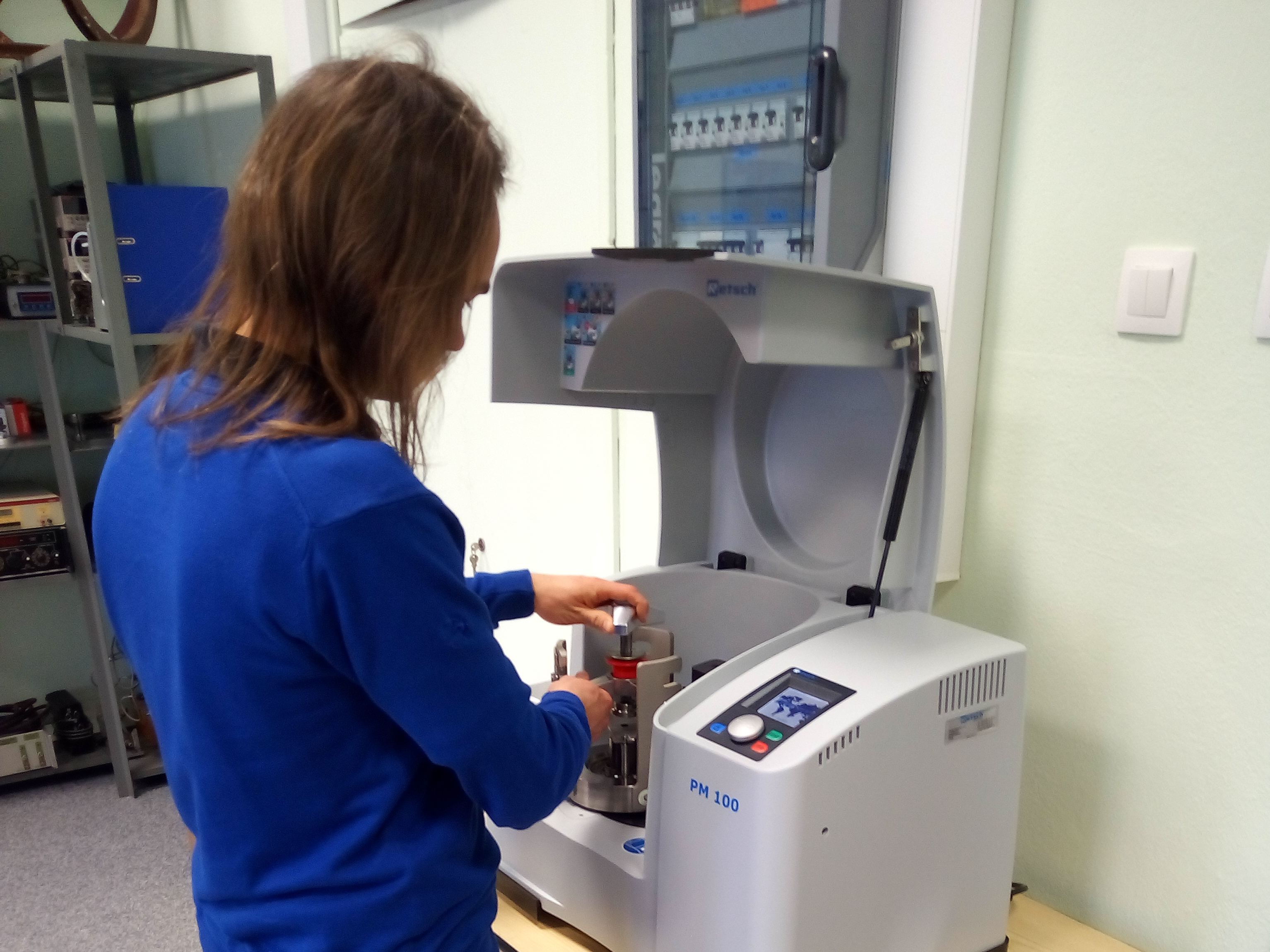 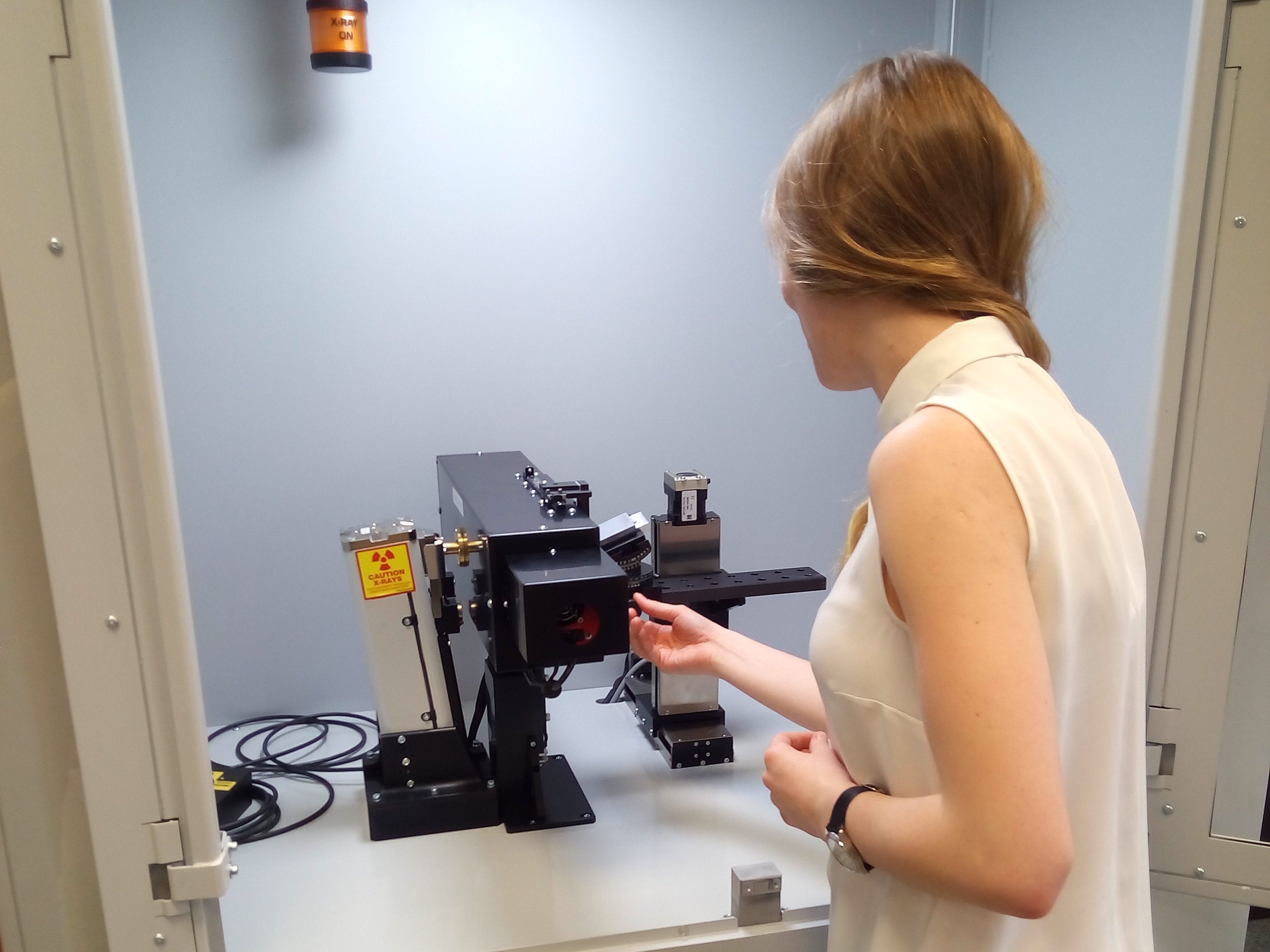